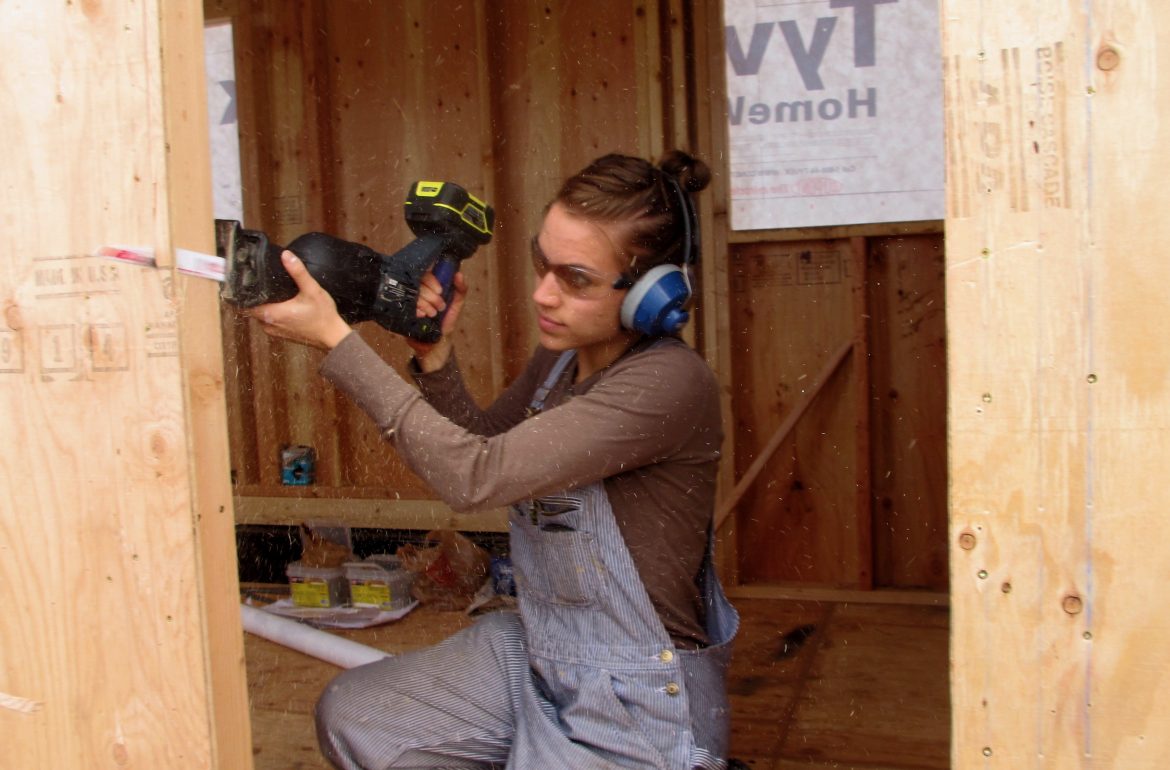 Squeezed into a tight spot, my body’s in a position it has never been before and I’m trying to muscle in a board, or a screw into steel, or some material that’s too big for the space because I cut it too long, or I cut it too short and have to get out and start over, or I just can’t do it for some reason and I yell “Dad!!!”, so that I may take advantage of his experience, muscles or his height. Now he has to cram his body into a weird position because we are building a tiny house and every spot is small and weird. And, usually he does, and can make it happen because he’s like that. The tenacity is real. Except for the times when my small hands come in handy like when we were bolting the fridge to a stud and each time he cranked the ratchet on the bolt, a bit more of his skin shredded off and he bled onto the wall behind the refrigerator, until he yelled “Isabelle!!” and I stepped in and bolted it in without a scratch. I can’t begin to count the amount of times this collaboration has occurred, and so not only is this blog post an ode to my dad, but also to all of the people who have built things on their own, and especially the women who are building on their own. Building a house is a million small projects in one. Building a tiny house means each project doesn’t take very long, so that once you are getting the hang of it, it’s time to move onto the next one. 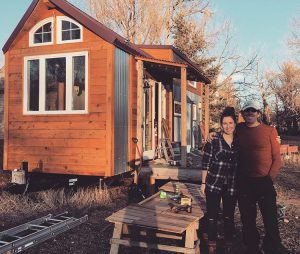 Building as a woman means that first you must push the societal pressures built into every part of you to the side, and come to the realization that you can build shit too. Just like your dad, your brothers, your male partner, or any handy guy you know. Since women often don’t learn about tools growing up (maybe you weren’t interested then) you have a steeper learning curve. Not only do you need to learn the sizes of wrenches or what saw to use for what cut, but you must also learn how use them. Pushing fear away while making “perfect” or “good enough” cuts on the table saw because you know the well told story of your uncle cutting all of his fingers off in one fell swoop. -He had them all sewn back on and they work fine now, but who wants to go through that?!

One random thought – I began to realize throughout the build process the amount of muscle or umph needed to lift something into place or maneuver into a difficult spot. I can’t think why this became clear, but it did one day. Before building I had never known that feeling of physically giving it your all in that instant, in that way. I had never worked in a mechanical way, or done manual labor that requires that physicality. I’ve done challenging things in my life such as backpacking and sea kayaking for weeks on end, growing up dancing 5 times a week, and attended births that go on for 20 plus hours when I was studying to be a midwife. However, these often physically challenging experiences feel different then what I’m describing, and I think boys and men know that feeling from well, “being boys”. I never did until now.

Anyway, building as a woman and especially a young woman had it’s trials and clear moments of degradation. I’m fortunate that I had the help and guidance of my dad as many builders don’t, but it also created a stark representation of sexism and ageism in the building industry. It actually became a joke between us, because what better way to deal with it than with humor? And, it was comforting at times to see him notice in disbelief through my female lens. 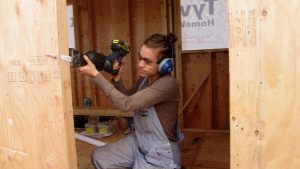 Mostly, there were small experiences each time I stepped into a hardware store, lumber yard, or reclaimed building materials store. It was always the worst at Home Depot because I usually knew more than the employees working there, and so the frustration always grew. Rumbling until I would explode in frustration once I walked out of that orange store. Muttering to myself or anyone with me who would listen. When I went to one of these places with my dad and asked any question, they always responded to him. Even when I answered and he did not engage, it continued. Mostly, older males didn’t understand how I could possibly be building a house, “So, it’s a new construction?” they would ask a couple of times until I had said the same thing over and over and finally made it clear to them. I’ve been taken on numerous occasions to the completely wrong item because they didn’t listen to what I was saying, and disbelieving that I was building something new myself.

It’s been a challenge at tiny house shows too. I took my own home to the first one I attended as an education model. I sell Passive House Design building materials and other high-performance products. The efficiency and function changes the performance of the home. I had an older man shake my hand and then say that I couldn’t have built this (my) house because my hands were too soft. Or, another man taking measurements of my home without asking and then not believing the dimensions I rattled to him off the top of my head.

My favorite question that comes in threes is “you built your house?” and then after I have said “yes” three times, I get the expected “with your boyfriend?”. I say “no actually my dad”, and that lays them to rest. Of course she didn’t build it herself without a man’s help! 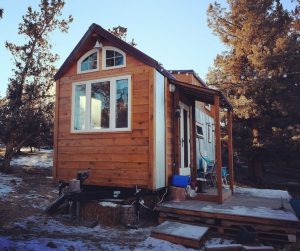 Yet, I have female friends who have built their own tiny homes themselves. It’s rare compared to the standard young couple building their tiny home, and of course my female builder friends get help when they need or want, but they don’t have another person building continuously with them like I did. And, it’s hard. I know it is! They face everything I did and have to keep up the personal motivation, and must constantly be learning things that girls are not raised or expected to know about.

I’m always very impressed to meet anyone who has built their own house, because I now know how much work and grit it takes. but, today in honor of the 2019 Women’s March I’m leaving you with this little bit of one woman’s experience while building her tiny house. 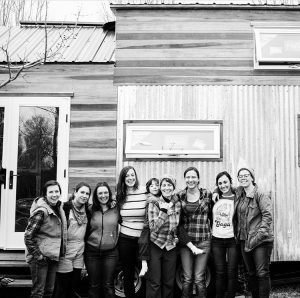 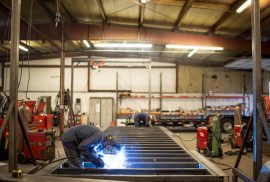 A Foundation That Moves 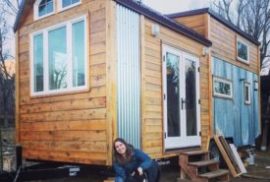 Big Strides in a Tiny House 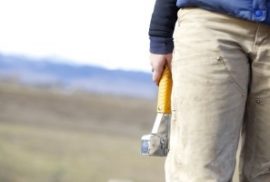